Nigeria is sinking deeper into debt.

Nigerian President Muhammadu Buhari presented the 2021 budget to the National Assembly on Thursday.

The president said that 420 Billion have been earmarked for the Social Investment Programmes, while 20 Billion will go to the Social Housing Programmes.

In August, the Debt Management Office said that total loans by the Chinese government and affiliate agencies to Nigeria was over 3 billion dollars.

In total, Nigeria’s public debt was of $79.3 billion dollars at the end of March.

The country’s debt has risen by over 158% in the last five years. 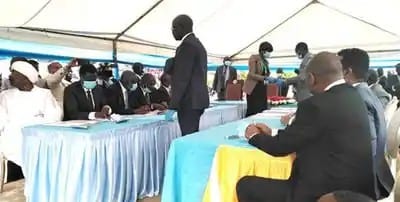