The Acholi Quarters community has seen a transformation in football following the Aliguma foundation partnership with them over the past three years.

Under the partnership, a number of pupils in the community have won themselves scholarships following Slum Soccer tournaments organised by the foundation.

They have also gotten football equipment including jerseys, boots and balls among other life necessities. They will now enjoy a better playing surface on their uneven pitch after the Aliguma Foundation received an assortment of tools to help in upgrading the playing surface.

Action from the last Slum Soccer tournament at the Acholi Quarters in January. Photo by Michael Nsubuga The tools will not only be used in upgrading and levelling their pitch but also in their agricultural project that they intend to start at their new home in Masindi.

“We came in to support the Acholi quarters through the Aliguma foundation towards the upgrade of their football pitch, because when I last visited and watched the Slum Soccer tournament, I was impressed with the level of enthusiasm from the players and the community, but I was also touched by the condition of the pitch,” Boutroue said.

“So I thought I could help so that they have a decent pitch because at the end of the day the Acholi quarters shelters a lot of internally displaced persons, and I deal with such persons; so it is like solidarity to me,” Boutroue stated.

“We are going to work with the community in upgrading the Acholi Quarters pitch because it is important for them to get involved.

“We identified 7 acres of land in Masindi where we are going to have our empowerment and skills center but we need to clear the land and we still have a balance of sh30m, so we appeal to the community and the public to come to our rescue because we are spending a lot of money on the education of the children under the foundation,” Aliguma noted.

The Aliguma Foundation annually organises a slums soccer tournament at the Acholi Quarters for children in the slums from which the top talents get scholarships in primary schools and other institutions of learning. 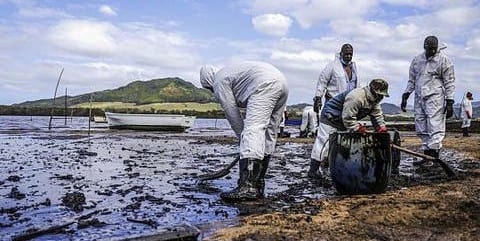 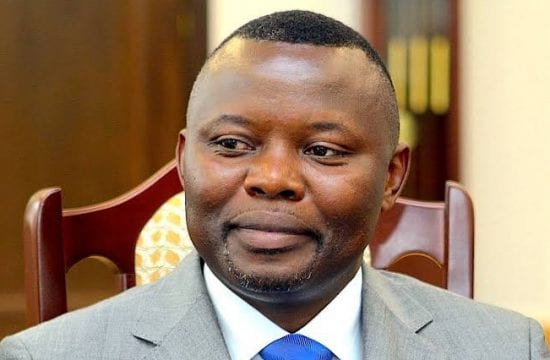