Ivory Coast’s public prosecutor on Monday issued an arrest warrant for Guillaume Soro, a former rebel leader and candidate in next year’s presidential election, forcing Soro to call off a planned homecoming after months overseas.
The move against Soro, who retains the loyalty of many former rebel commanders who now hold senior positions in the army, could significantly increase tensions ahead of an October 2020 election that is seen as a test of Ivory Coast’s stability.
Riot police fired tear gas on Monday afternoon to disperse more than 100 supporters who had gathered outside Soro’s headquarters in the commercial capital, Abidjan, a Reuters witness said.
About 3,000 people died in a brief civil war in Ivory Coast that followed the victory of President Alassane Ouattara in a 2010 election. Ouattara won re-election in 2015 but has given mixed signals about whether he will seek a third term, adding to uncertainty about the vote in Francophone West Africa’s largest economy.
Soro had been scheduled to return to Ivory Coast on Monday from Paris for the first time since May but diverted his private flight to neighbouring Ghana “for security reasons”, his adviser, Alain Lobognon, said.
Public prosecutor Richard Adou said on state television that an arrest warrant had been issued for breaches of state security, receiving stolen public resources and money laundering.
“The elements in the possession of the intelligence services, including an audio recording, establishing clearly that the project was to be implemented shortly, the prosecutor of the republic ordered the detention and arrest of the accused,” Adou said, without elaborating.
Security sources told Reuters that Soro had left Ghana on Monday afternoon and was flying back to Europe.
Adou said that one of Soro’s closest allies, Souleymane Kamarate Kone, and two other people, whose connection to Soro was not immediately clear, had been arrested on corruption charges.
Police also detained Soro adviser Lobognon and took him to an unknown location, his wife, Amira, told Reuters. A police spokesman could not be reached for comment.
Who is Soro?
Soro, 47, led the rebels who tried and failed to oust then-president Laurent Gbagbo in 2002. His forces installed Ouattara in the presidency during the civil war that followed the 2010 election, which was fought largely along regional and ethnic lines.
Soro then served for several years as speaker of the National Assembly but has since fallen out with Ouattara, who is widely expected to back his prime minister, Amadou Gon Coulibaly, in the 2020 presidential election.
However, Ouattara said last month he would run for another term if his predecessors, Gbabgo and Henri Konan Bedie, were candidates. His opponents say that would violate constitutional term limits.
Gbagbo was acquitted earlier this year of crimes against humanity at the International Criminal Court in The Hague but remains in Europe while the prosecution appeals the verdict. Bedie, who was president from 1993-99, has yet to say whether he will run.
Ivory Coast is the world’s largest producer of cocoa and was the fastest-growing economy in West Africa last year.
REUTERS

NEWS: Army Base Attacked In… 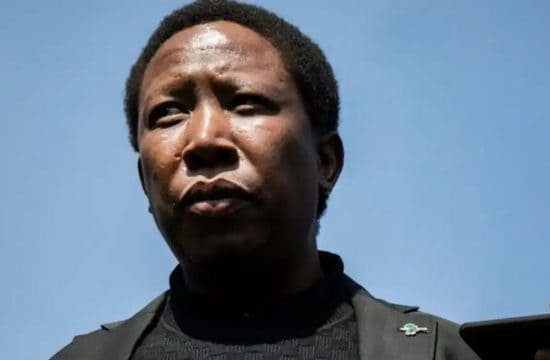