Polling stations opened on Saturday morning in Togo where voters will choose their president in a ballot without much suspense as incumbent Faure Gnassingbé is expected to win a fourth term in office in the face of divided opposition.

Some 3.6 million voters are being called to the polls until 4 p.m. (1600 GMT) in some 9,000 polling stations across the country, but many of them have already announced that they want to boycott a poll they consider neither free nor transparent.

In Lomé, in the sandy courtyard of the Kodjoviakope high school where Jean-Pierre Fabre, the historic leader of the opposition, is expected to vote today, Eric, a driver in his thirties, arrived before 7 a.m. (local and GMT) to make sure he put his ballot in the ballot box before leaving for work.

“We are suffering too much in Togo, this time it has to change. I won’t tell you who I’m going to vote for but this time we don’t want to be robbed of victory,” he told Knowafrika, adding that he would return to “watch the counting” in the evening.

In another office in the capital, Balakébawi Agbang, a supporter of Unir, the ruling party, invited his fellow citizens to “go out en masse to make the right choice”. “I voted for continuity, to allow Faure to continue the work he had started,” he said.

“The head of state’s supporters, recognizable by their sky blue T-shirts and caps, have continued to chant their main slogan in the streets of Lomé over the past few days to win the election in the first round.

The results are expected at the start of the week, according to sources in the Independent National Electoral Commission (Ceni).

Faure Gnassingbé, whose family has been at the head of this West African country for 53 years, is not expected to face any major obstacles to his re-election, having already won three elections contested by the opposition and civil society in 2005, 2010 and 2015.

He faces six other candidates, including historic opposition leader Jean-Pierre Fabre of the National Alliance for Change (ANC) and former Prime Minister Agbéyomé Kodjo, who could be an outsider despite his profile as a man of the seraglio.

The president can boast of a rather positive economic record, with stable growth of 5%, but his critics denounce authoritarian governance and the corruption of his entourage when half the population lives below the extreme poverty line, with less than $1.90 a day.

Togo also experienced a serious political crisis in 2017 and 2018 with monster demonstrations demanding the resignation of the president, but Parliament finally approved a constitutional amendment allowing him to stand for re-election in 2020 and 2025.

The opposition coalition, the C14, which led the protests, did not survive this failure and its leaders are therefore presenting themselves in a divided front for the vote.

Opposition candidates have warned, however, that they will unite to block Faure Gnassingbé in the event of a second round, but this scenario seems rather unlikely.

In the streets of Lomé, Sokodé (centre) and Dapaong (north), many said they were “disappointed” by the opposition and warned they would not vote.

Several opposition parties decided to boycott the elections and the lack of popular support dominated the entire campaign.

This week, 500 civil society observers lost their accreditation, accused of interfering in the electoral process, in addition to the 9,000 observers from the Episcopal Council for Justice and Peace who were also not allowed to monitor the vote.

David Dosseh of the Front citoyen Togo debout (FCTD), who accused the authorities of organising an election “behind closed doors”.

The president of Ceni, Tchambakou Ayassor, also announced on Thursday “the cancellation of the system of electronic security of voting results” which should be done through a software called “SINCERE”, fuelling doubts and speculation on the holding of a free and transparent election.

Some 315 international observers, mainly from the Economic Community of West African States (ECOWAS) and the African Union (AU), will however be present, even if the outgoing president is supported by many of his African peers.

France, a former colonial power, a traditional ally of the Gnassingbé dynasty and present in the neighbouring Sahel in the fight against jihadist movements, is particularly sensitive to Togo’s stability in this volatile region. 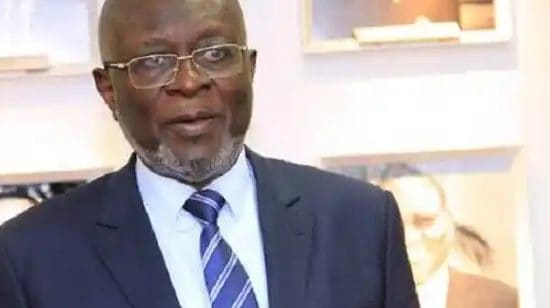 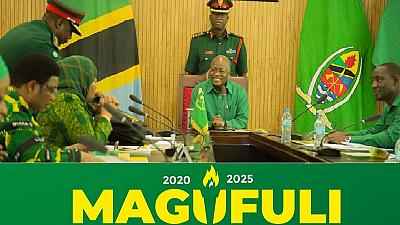