The elder statesman expressed regret that the APC National Chairman, Adams Oshiomhole, has been allowed by his party leaders, including President Muhammadu Buhari, “and my respected Asiwaju Bola Tinubu, to perpetuate the happenings in Edo State.”

The former Federal Commissioner for Information said this in a statement titled: “Edo State APC crisis: No individual is bigger than Nigeria”, issued in Warri but obtained by The PUNCH in Abuja.

The statement added, “I condemn, in the strongest terms, the disqualification of the incumbent Governor of Edo State, by the APC screening committee under the leadership of Professor Ayuba Jonathan, over alleged inconsistencies in the governor’s academic credentials.

“I am indeed, very disappointed and embarrassed that professors, noted for rationality, judiciousness and erudition, should now be allowing themselves to be used by people, who, educationally, are not their peers.

“What the Prof. Ayuba Jonathan-led APC screening committee did is a shame to the academic world, not listening or accepting the statement from the Registrar of the University of Ibadan, the country’s premier university, instead, it resorted to adopting pettiness and irregularities to achieve a predetermined outcome.

“The subsequent upholding of that illegitimate decision by the APC Appeal Committee is yet another action that leaves a sour taste in the mouth. These developments are very unfortunate, irresponsible, reckless, and appalling.”

US slams Tanzania for opposition… 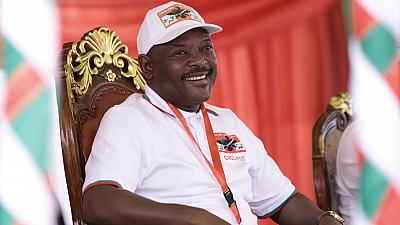