The Chinese assault on Indian troops near the Galwan Valley, along the Line of Actual Control (LAC) that serves as an unofficial international frontier between the two countries, is, for India’s political elite, a reminder of an awkward reality. India’s control over its border with China is contingent on China’s geopolitical priorities, not India’s own military capacity.

This has been true for more than half a century. In 1962, 15 years into India’s life as an independent nation, a dispute over Aksai Chin, the north-eastern “ear” of Kashmir, led to a short war with Mao Zedong’s China and a humiliating defeat for India.

China’s military edge along this huge disputed frontier has kept successive Indian governments on tenterhooks ever since. Dealt a poor hand, India has played it reasonably well. The 20 military casualties in the recent violence is its largest death toll in relation to China since 1967.

Keeping the peace has involved some imaginative diplomacy. After a border confrontation in Arunachal Pradesh in 1986, India’s then prime minister, Rajiv Gandhi, visited China in 1988 to thaw out a relationship that had been in deep freeze since the 1962 war. His visit led to a peace agreement signed in 1993 by his successor, Narasimha Rao, which made the LAC the basis for a stable and relatively peaceful status quo.

He said it India sought peace but if provoked was capable of delivering an appropriate reply. Invoking India’s essentially peaceful nature was, perhaps, the pragmatic path, but coming in the wake of the murderous Chinese buffeting that had left a score of Indian soldiers dead, it was hard, even for an orator such as Modi, to argue that suing for peace was a “befitting” response.

Confronted with the unchanging reality of China’s massive military superiority, India’s prime minister had run out of rhetorical road. Modi needs to choose.

He can either talk to China as Gandhi and Rao once did, to negotiate a new mechanism for sorting out border disputes; or he can explicitly commit India to an American-led alliance designed to contain China. Neither will be easy.

A bullying China led by Xi might want unsettled borders to keep India off balance. An inward-looking US might not be a reliable ally when push comes to shove in the Himalayas.

But these are, at least, real policy choices; swearing to defend India’s territorial integrity against an enemy that you dare not name, or denying that the Chinese encroachment happened at all (as Modi recently did), are not.

The World: Concern for pandemic…

The World: WHO warns ‘we… 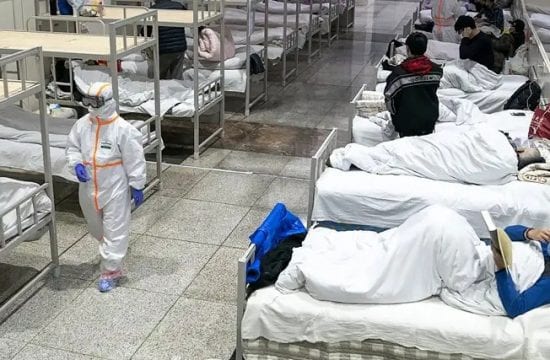