Apart from winning the “Best African Act’ Award at the 2019 MTV EMA held in Seville, Spain on Sunday, Burna Boy has became the first Afrobeat artiste to sell out the SSE, Wembley in London. 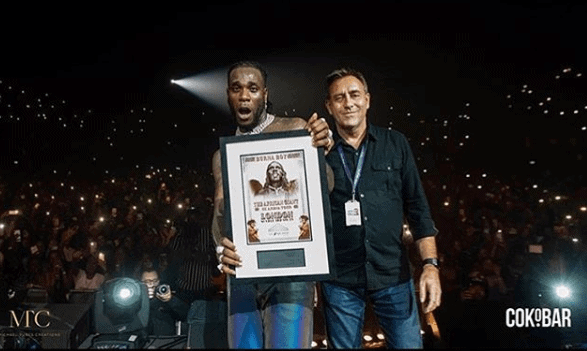 The concert which sold out was held at the 12,500-seat SSE Arena on Sunday. READ ALSO: Burna Boy wins MTV Europe ”Best Africa Act” Hip hop artists like Davido, Dave, Manifest, ij Wstrn and Stormzy were featured in the concert.