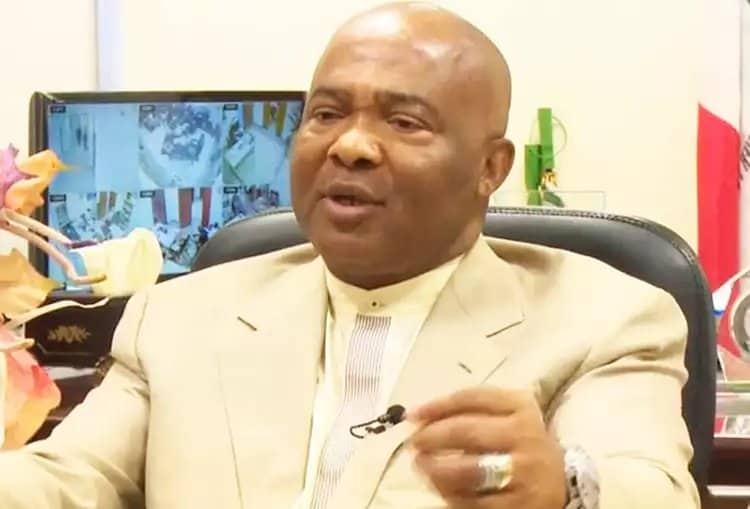 The governor who said that Justice Nnadi is full of energy despite his retirement appointed him Chief Technical Adviser on Judiciary. He said the state still needs his expertise.

The governor made the announcement on Thursday at a valedictory session for the judge, promising to create structures and policies that will promote judicial autonomy.

“The independence of the Judiciary is a cardinal focus of my administration. In this regard we shall continue to support the existing structure and policies which promote judicial autonomy. We shall continue to encourage the domestication and updating of statutes aimed at strengthening and fast-tracking justice delivery in the state.”

Governor Uzodinma acknowledged that under the watch of the retiring Chief Judge, Imo Judiciary dispensed Justice with neither fear nor favour; thus, upholding the maxim that the judiciary remains the last hope of the common man.

Justice Nnadi spent 32 years in the Imo judiciary, starting as a Senior Magistrate in 1988, High Court Judge in 1998 and culminating in his elevation to Chief Judge in 2014.

Governor Uzodinma noted that Nnadi’s calm mien and disarming wit brought to the fore the enormous endowments which he deployed to serve the state and humanity.

The Governor praised the judge for leaving behind a robust judicial architecture for the state.