Recall that Twitter co CEO, Jack visited Nigeria yesterday as part of his African trip this year.
Ex Bbnaija Housemate and reality star, Natacha Akide popularly known as Tacha is having her homecoming in the oil rich city of Port Harcourt today.
Tacha has been trending on Twitter and many social platforms worldwide for more than two months now, even after the end of the reality TV show, courtesy of her large fan base known as Titans

Today the CEO of Twitter just followed Tacha making her the second Nigerian after actress Genevieve Nnaji to be followed by Jack.
See screenshots below; 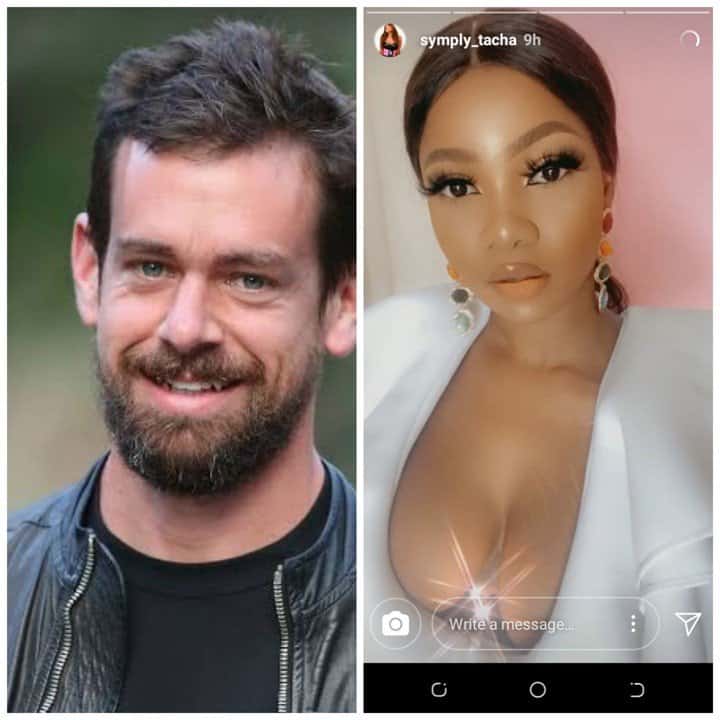