Ms Janet Museveni, the First Lady who is also the Education Minister, on Sunday said that the tragic fire that destroyed the Main Building at the prestigious Makerere University should be used a rallying point by the institution to rebuild morals of people.

“For us who believe in God, we know that everything works out for our good.

This is a chance for Makerere to be rebuilt, not just buildings but the culture, the morals of the people and everything that pertains to our prestigious university,” Ms Museveni said in a post that was shared on her Facebook page.

Ms Museveni who was briefed about the incident that since investigations into the cause of the fire have begun, the process of rebuilding the Ivory Tower (Main Building) will begin.

According to Police, the fire which broke out in the wee hours of Sunday, is believed to have started from the roof spreading to floors that house both records and finance departments.

The basement is full of archive files spanning the whole history of the institution.

The Main Building with its unique 20th century British architecture has been Makerere’s landmark over the years.

According to the British Hansard, the building was constructed with funds from the Colonial Development bourse but was greatly delayed by a scarcity of resources to purchase materials as Britain and her allies grappled with the expenses of World War II.

As a result, some of the carpentry work had to be done on-site at the Technical College. It was completed in 1941 under the leadership of Mr. George C. Turner, Principal, Makerere College (1939-46).

Earlier in 1938, the Duke of Gloucester, representing His Majesty King George VI had cut the first sod for the construction of the building on 3rd November.

In The Tigray Dispute, Ethiopia…

Abducted in Kenya, freed in… 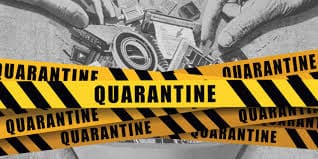