Argentina has become the first country in the world to approve HB4 drought-resistant transgenic wheat by biotechnology firm Bioceres SA, the government has confirmed.

“HB4 technology provides seeds that are more tolerant to drought, minimizing production losses, improving the capacity of plants to adapt to situations of hydric stress and giving greater predictability to yields by hectare,” said a statement issued Wednesday by the Science and Technology Ministry and the CEO of Bioceres SA, Federico Trucco.

The company, Argentina’s leading provider of bio-based solutions for the agriculture sector, will only start commercializing HB4 wheat upon import approval in Brazil, which purchases most of its wheat from Argentina.

“Today, Argentina has been encouraged to lead this process of technological transformation at the international level, taking Argentine science to the top of the world in agricultural biotechnology,” said Trucco.

Argentina, the eighth largest exporter of wheat with a 5.1% annual share of the global market, has been greatly affected by unfavorable weather conditions which have caused significant crop losses.

Frost conditions with variable intensity have hit most parts of the country’s wheat regions followed by the worst drought in a decade, which has made the crop’s progress difficult.

While crops such as corn and soybeans have been widely genetically modified, GMO wheat has not been approved anywhere for commercial production because of consumers’ concerns.

Some Argentine agricultural producers are worried that they will not have clients interested in buying the product. 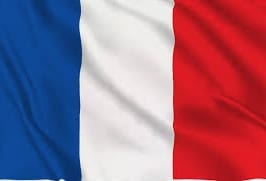