There’s uncertainty rising in Western African territory, Guinea-Bissau to be precise following the dispute of the outcome of post-electoral The opposition leader Umaro Sissoco Embalo took his own presidential oath late February without a final ruling from the Supreme Court.

On the various streets of Bissau, residents are worried about latest tension and growing weariness of the political class. 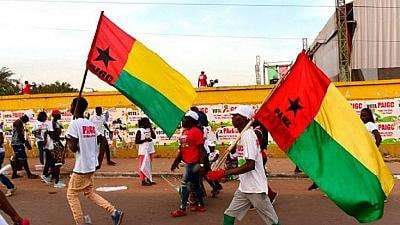 “We can no longer condone these delays in Guinea-Bissau because of political problems! It’s always the people who pay the consequences. They don’t make the slightest sacrifice for our well-being. They just wear us out and we get nothing out of it. Why?, Zeca Nunos Correia queried.

Guinea-Bissau is one of the poorest countries in the world, and has suffered severe instability since its independence, with the army often playing a major role. The country has suffered about four coups and 16 attempted coups since 1974, the last one in 2012.

Iran is a serious threat…

Floods in Sudan continue to…

After a standoff, Mali authorizes…

The president of Sierra Leone…

In Somaliland opposition protests, there…

How Iran’s closeness with Venezuela…

After months of talks in…

Malian and “white” forces were…

A fuel shortage in Tigray…

The dramatic turnaround in Muktar…

The UN force confirms a…

After Russia visits, the United…

In Guinea-Bissau, Macron was warmly…

A new constitution in Tunisia…