Josh Block, an adjunct fellow at the Hudson Institute, a foreign policy researcher and political strategist, and a former US State Department spokesman, wrote an article for Prolific Solutions, highlighting the negative facts about Iran.

Block reportedly said that failing to end the Iranian nuclear alliance is a threat to the United States. In the article titled ‘Failing to end the Iranian nuclear threat to America and the Middle East is Presidential malpractice’, Block said that Iran poses a regional and global security threat. He revealed that the US will be facing a nuclear-armed alliance of Russia, China, Iran and North Korea.

Block reportedly believes that the Iranian regime is also involved in terrorism. He also talked about potential threats from Iranian-funded terror groups. According to him, Iran received billions of dollars in 2015 and used to build up its support for terrorist groups, including the Houthi militants, Hamas and Hezbollah. The amount was also used by Iran to build up its own conventional, missile and WMD threats to the Middle East region and global stability. According to media reports, Tehran provided up to $100 million annually in combined support to Palestinian terrorist groups, including Hamas and PIJ (Palestinian Islamic Jihad).

Iran is also a great threat to the Middle east region because Tehran supports terrorist groups. Hamas and other militant groups had killed more Israeli civilians over the years. During the early 2000s, Hezbollah made three major attempts to smuggle weapons into Gaza. The Iran-backed militant Hezbollah group was responsible for creating havoc in Lebanon. Hezbollah militants were also involved in the war in Yemen. According to media reports, Hezbollah also trained Houthi militants to fight the Saudi-led coalition in Yemen.

Reportedly, Iran developed various smuggling routes to supply Hamas with weapons. The Iranian support for Hamas can affect the Middle East region. Block, who participated in politics and national policies for 25 years, highlighted the fact that Iran was responsible for funding terrorist groups.

Earlier, the US imposed sanctions against Iran in response to the Iranian nuclear program and Iranian support for Hezbollah, Hamas, and PIJ. These sanctions prevented Iran from engaging in terrorism and limit its nuclear activities.

According to Block, the current US President Joe Biden is seeking to revive the deeply flawed 2015 Iran nuclear deal, and shamelessly providing a sure pathway to nuclear weapons to the world’s greatest state sponsor of terrorism. According to Block, the revival of Iran’s nuclear deal can affect global security because Tehran has a nuclear weapon that can be dangerous for the entire world. 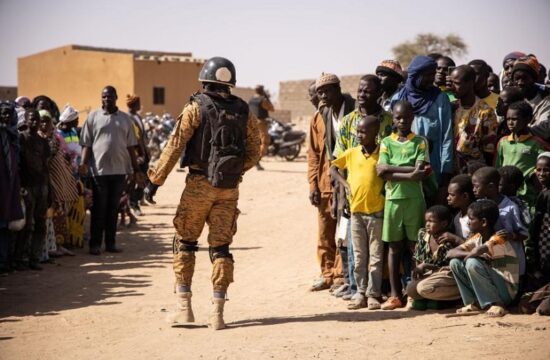