The prominent Tunisian trade union center, UGTT, declared on Tuesday that a statewide public sector strike will take place on June 16 to protest rising prices and the privatization of major state-owned enterprises. Tunisia is in the middle of a serious economic crisis when this announcement was made, and the government is counting on the General Union of Tunisian Workers (UGTT) to support the reform plan it has sent to the International Monetary Fund (IMF) in order to get more money.

The union accused President Kais Saied of “undermining negotiation principles and reneging on past agreements” in a statement, noting that the country is seeing “crazy and continual price spikes,” with inflation at 7.5 percent in April (over one year). The UGTT said in a statement that “all of the staff” of the 159 institutions and public firms will cease working until “urgent negotiations to restore Tunisians’ buying power” are held.

The union wants “guarantees” that public firms, many of which are monopolies (cereal offices, energy, fuel, phosphates, and so on), will not be privatized. The administration has submitted to the IMF a reform proposal that includes a wage freeze for civil servants, a gradual decrease of some state subsidies, and a reorganization of state-owned firms.

The IMF, on the other hand, expects the social partners, particularly the UGTT, to back up these promises in order to ensure that they are carried out. Tunisia is in a deep political crisis after President Saied‘s coup on July 25. The country has asked for $4 billion in aid, which is the third time in ten years that it has done so.

Fitch, the credit rating agency, expressed regret on Monday that tensions between the government and the UGTT were stalling IMF talks, saying it would be “extremely difficult” to “implement political and economic reforms without the UGTT’s cooperation.” The UGTT said last week that it would refuse to take part in Mr. Saied’s “national discussion” process, which excludes political parties. 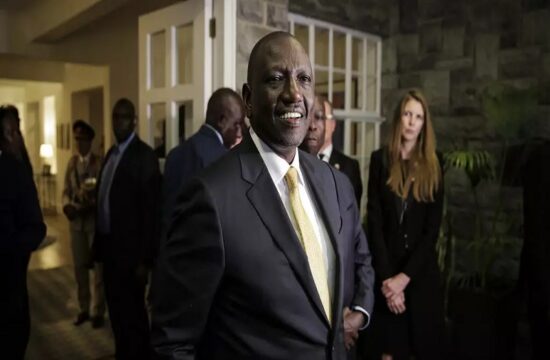 The Chairperson of the African…

In an airstrike in Somalia,…

The Ukrainian force in the…

The first PM appointed in…

Ghana announces the end of…

Ahead of COP27, African countries…

In Eastern Mali, dozens of…

Heavy rains in Uganda cause…

US envoy in Ethiopia to…